Alternative Attractions in Dublin tourist guides won’t tell you about 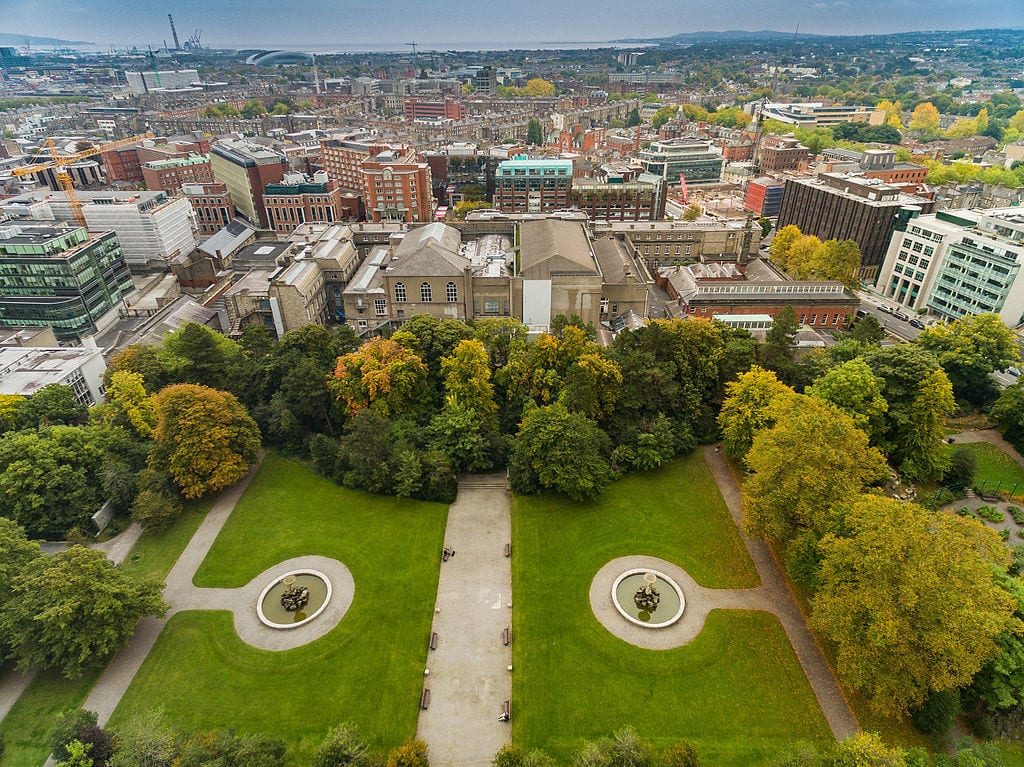 There are many hidden treasures in Dublin that none of the touristic guides will talk about. But lucky you, at the Davenport hotel, we know Dublin like the back of our hands including all its secret places and hidden gems. So let us take you on a journey to alternative attractions in Dublin that Dublin tourist guides won’t tell you about:

At King’s Hill garden, you can have a nice stroll and admire the majestic London plane tree…. eating a bench. This unusual scene is can be seen at Constitution Hills, Inns Quay, Dublin 7. This tree has become a VIP and appeared in various films such as Becoming Jane and Albert Nobbs.

Sea-horses over The Liffey River

Grattan bridge was built in 1872 and despite its numerous renovations one detail is left untouched: the ornate cast iron lamp standards on the bridge. At their base are two mythical hippocampi from Greek mythology. They were a symbol of Dublin as a marine city and a memory of the original bridge.

This hidden garden is designated as a National Historic Property but is the most unknown public spaces of Dublin City. Surrounded by building, the Iveagh Gardens is a hidden gem with landscape features dating from 1865 such as fountains, statutes, a maze and a waterfall. The garden is located between Clonmel Street and Upper Hatch Street.

Dublin’s Street art is a star on Instagram and you can’t cross the city without noticing some giant masterpiece gracing its façade. In fact, some have been made by renowned artists such as Conor Harrington, Maser, Fintan McGee and El Mac. For a sample of the best artwork of the city, head to the Tivoli car park. Each year during the All City Jam. Ireland’s finest Graffiti Writer gather to spray their art in this place.

Taken after a recent meeting on Francis Street. We forgot how beautiful this car park is #tivolicarpark #streetart #dublin

It is easy to pass in front of the gate of the Huguenot Cemetery without paying attention. This small cemetery is an oasis of tranquillity located in Merrion Row. Dating from 1693 those buried there are descendants of Huguenots who escaped persecution in France following the revocation of the Edict of Nantes.

Did you know that St.Valentine, the Patron Saint of love is from Ireland? You can find its relics in Whitefriar Street Carmelite Church in Dublin 2. So while visiting Dublin you can go to his shrine to ask him to protect your marriage or to help you find love.

"I don't think it's common knowledge outside of Ireland that the remains of St. Valentine have been in Whitefriar Street Church in Dublin since 1836," says @whenitcomestoluck. "A plaque beside reads 'The shrine contains the sacred body of Saint Valentinus The Martyr together with a small vessel tinged with his blood'. Madrid also lays claim to the martyred saint's remains, however. Either way, happy Valentines! #valentines #dublin #ireland

Do you know any other secret place? Please let us know by tagging #OCHdublin to your pictures on Instagram. At the Davenport Hotel, we will be happy to share your discoveries.