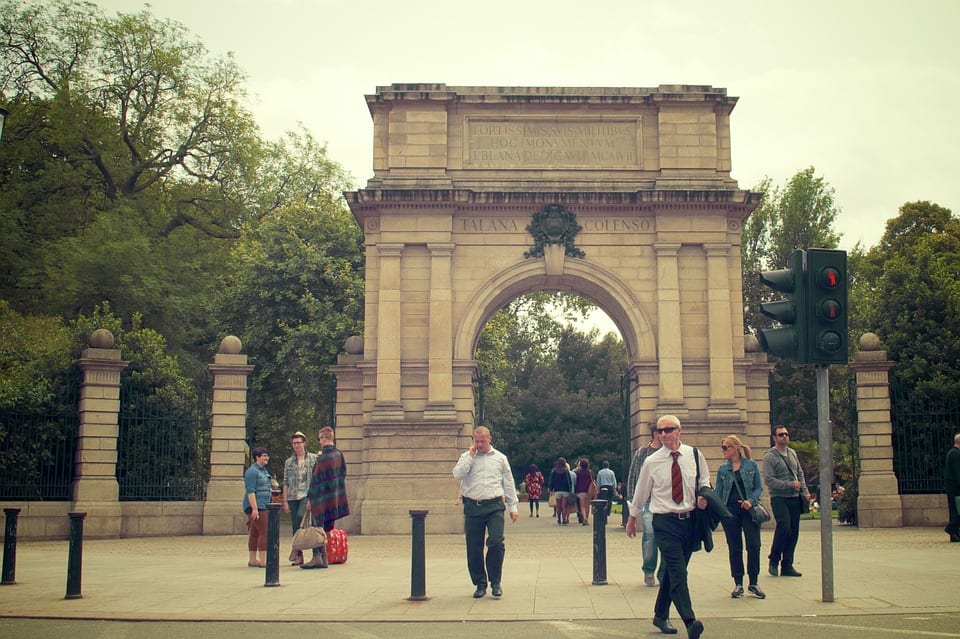 Dublin is one of 20 UNESCO cities of literature and is ranked number four at the moment. The goal of this designation is to protect the heritage, to encourage cultural diversity and create synergies with cities wearing the same title. Dublin has had some great writers in the past such as Oscar Wilde, James Joyce, Beckett, Heaney and many others. Great treasures are being held within the city and examples of such are the famous Book of Kells at Trinity College or the Chester Beatty Library that holds some of the earliest sources of papyrus for the bible. Another institution is Dublin Writer’s Museum, that holds precious books and manuscripts.

Dublin is known all over the world for its beers and brewing has a long history. Nowadays over 8 million hectolitres are produced and half of the alcohol consumed is beer. Ireland has no less than 1 pub for each 200 people and about 700 pubs are located in Dublin itself. This leaves us a huge choice! One or two beer taps at a bar – that does not exist in Ireland. We have at least 12 in each pub an each single one of them sells. Ireland has three brewing associations, the biggest one being the Irish Brewers Association. Beers you absolutely have to try are of course a pint of Guinness, their new creation Hop House 13, a Kilkenny red ale, Smithwicks, O’hara’s Irish Stout and if you’re really adventurous, why don’t you book a ticket to the Open Gate Brewery of Guinness and try out their new creations that are not on the market yet.

What tourists expect when they come here is live music. Many bands earn their bread each day by entertaining customers in pubs and bars. It’s something different and the Irish love it. People singing and dancing in the middle of the afternoon is nothing unusual but only good mood that comes with the live music. If you’re lucky, you can enjoy some riverdance too.

There are more Irish celebrities than you might think so sit down and don’t be shocked because here are some surprises: Tom Cruise is Irish and not only a bit but 100% and so is Liam Neeson, who was born in Belfast. U2, is an Irish rock-band, founded in Dublin city and still returning each year for concerts at Croke Park, the city’s biggest stadium. Enya is another famous musician, born in Ireland and still owning a mansion in the Wicklow mountains. Snow Patrol, Colin Farrell, Pierce Brosnan and many more..

Dublin is a big metropolitan city that hasn’t lost its charm even though it’s become a lot busier than it used to be back in the days. It features many historical buildings which give the city a medieval charm. However, there’s also a new side to the old one: the new tech quarter at the docklands. Modern buildings have been risen and bars and restaurants have found their ways there. The most represented style throughout the city is the Georgian one and that’s the one the city is being praised for. Merrion Square, Stephen’s Green and Fitzwilliam Square are well known spots for locals to hang out and spend their free time in. Dublin is a city full of diversity.