Dublin’s bridges that are worth visiting 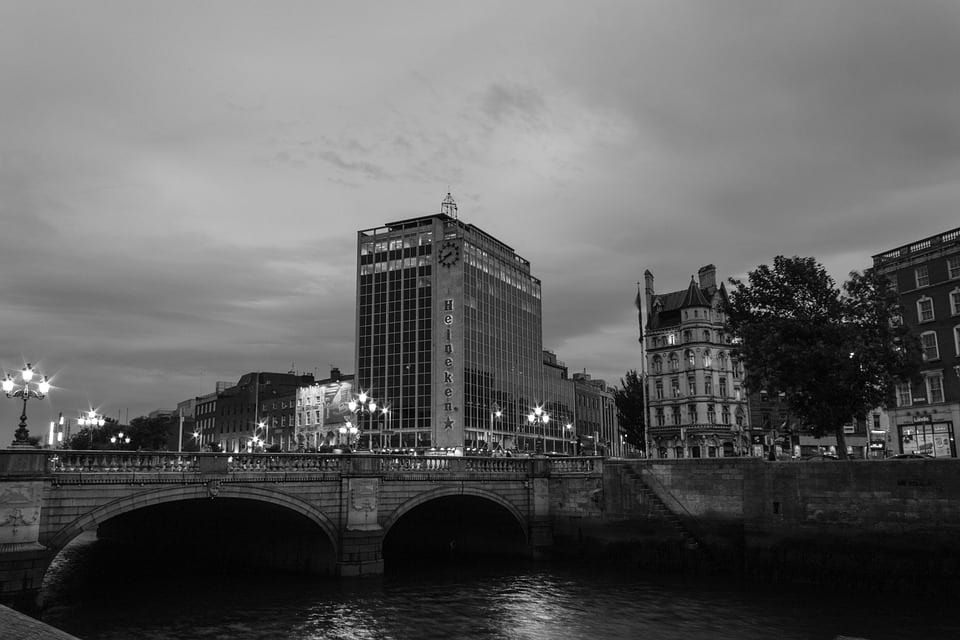 The River Liffey is Dublin’s local river and is very popular since it separates the North from the South and the bridges are the only way of crossing to the other side. Besides, the story between the North and the South is a long and important one and not only within Dublin but between Northern Ireland and the Republic of Ireland lies a border as well. Every Dublin bridge has a different shape, architecture and purpose which you will find out if you keep on reading.

The best-known pedestrian bridge in Dublin is probably the Ha’Penny bridge with its length of 43 metres. It connects Temple Bar area with the Southside, featuring nice restaurants such as Woollen Mills or the Winding Stair. People started to attach love locks onto the bridge but unfortunately, they had to be removed as the bridge could not handle the weight anymore. Built in 1816, the story of the bridge is a funny one as it has been risen by a ferry-driver whose ships were broken and he had been given the ultimatum of either repairing them or building a bridge for which he could charge half a penny for each pedestrian crossing and a patent on the bridge for 100 years.

Only built-in 2009 with a span of 123 metres, the Samuel Beckett Bridge is meant to represent a harp rotating on a coin through the air and was meant to complement the James Joyce bridge. At a cost of 60 million euros, the bridge has been designed by a Spanish architect, risen by Hollandia in Rotterdam and is the perfect tune for the high-tech docklands quarter, bot far from some the O’Callaghan Dublin Hotels. Allowing for a better flow of the traffic, the bridge had long been in planning and could carry a stunning amount of 80.000 people.

The newest addition to Dublin’s Liffey bridges is the Rosie Hackett bridge, the only bridge named after a woman. However, she was an activist involved in the 1916 Easter Rising. Allowing for pedestrians, taxis and the local Luas, the bridge has a simple concrete design and its purpose is actually to lower the traffic on the neighbouring O’Connell bridge, which lies on its left-hand-side if you’re coming from the South.

Built in 1880, O’Connell Bridge is the busiest bridge of the city. A second bridge is carrying this name and is located in St Stephen’s Green. The beauty of the bridge lies within its details as Anna Liffey is gasping westwards towards the Atlantic and eastwards towards the Liffey. Stone and granite are used for the three-arc bridge that has been rebuilt in 1877 because the previous Gandon Carlisle bridge had been disrupted by increasing traffic. Funnily, the bridge is five metres wider than long and is open to pedestrians and any kind of traffic.

Built in 1768, this is the oldest bridge crossing the Liffey in Dublin. Being 43 metres long, the bridge also features three arcs and connects Queens Street to the North. Back in the days, the bridge was called Arran bridge until it had been destroyed and rebuilt under the name of Mellows bridge or Queen Maeve’s bridge, the wife of the British Charles II.