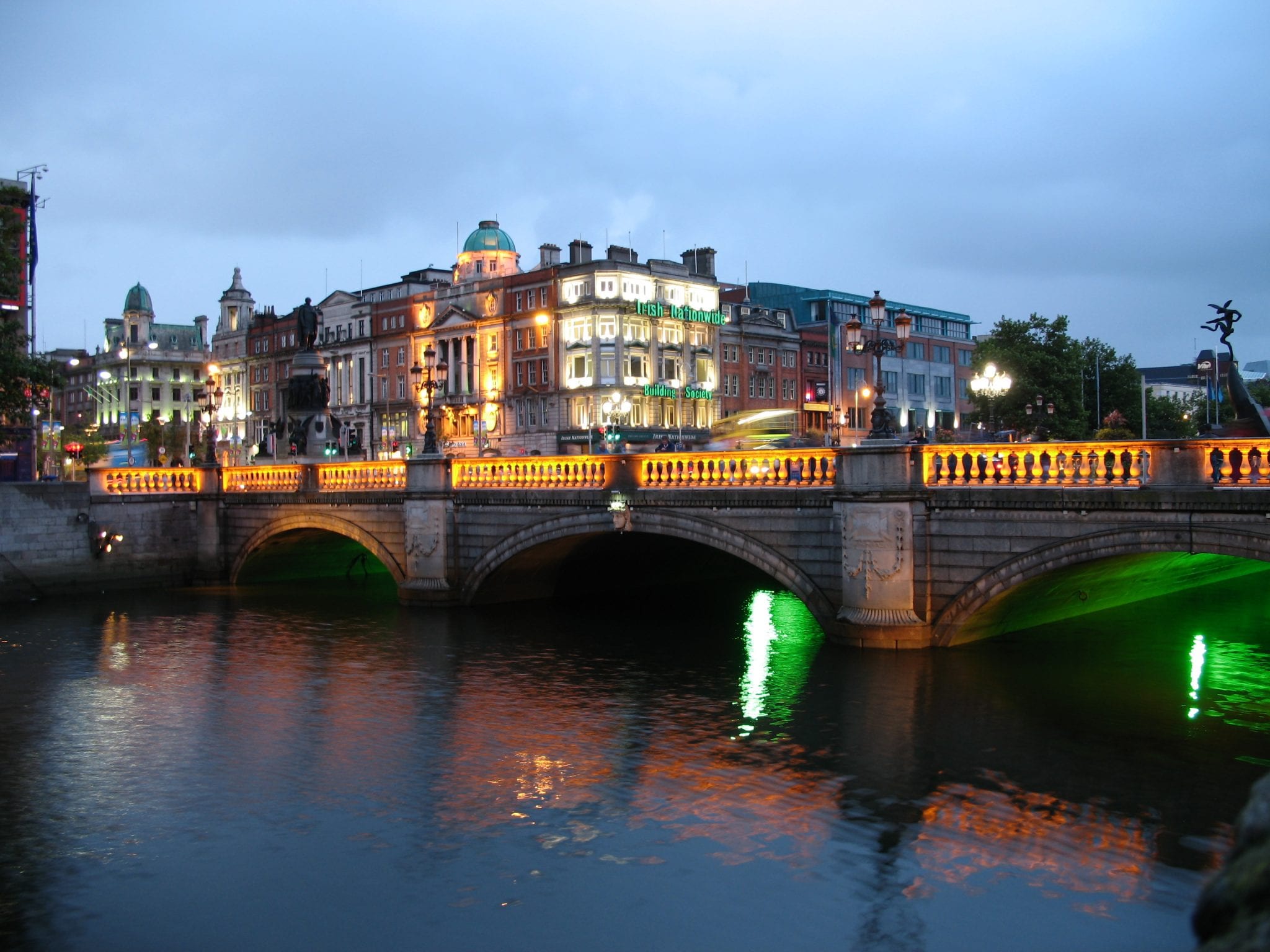 When visiting Dublin, there are a few attractions that can’t be missed out on. At the Davenport we selected a top 10 of touristic attractions which you should definitely visit on your trip to Dublin.

THE BOOK OF KELLS, TRINITY COLLEGE

Located next to the bustling Temple Bar area, Ireland’s first and so oldest university can be found. The old library of the university was built in the 1592, found by Queen Elizabeth, and will take you back in time. The library is the home of an illuminated manuscript from 800AD, named “The Book of Kells”. The library of Trinity is also famous because it’s the longest single chamber library of the world.

Stephen’s Green Park is Ireland’s most famous Victorian public park, located in the centre of Dublin. The park is the perfect place to escape from the busy city, there is a lake and a playground for children. A large number of important sculptural monuments to the Irish history can be found in the park. Also, the park is the home of many species of birds and plants.

Good morning all!! Saint Stephen’s Green is in full bloom and looking absolutely beautiful at the moment, as captured by the talented @allexphotography ? #DublinMyDarling

Temple Bar is the bustling touristic area on the south bank of the river Liffey. Except for the famous Temple Bar, there is more to see in the heart of the city. Restaurants, pubs, galleries, boutiques and galleries can be found spread over the area. Whether it’s during the day or in the evening, Temple Bar offers many pubs to enjoy a good pint in a nice atmosphere. If you’d rather drink your beers with locals, we would advise you to go somewhere else, because Temple Bar is full of tourists.

Nobody can leave Dublin without having a pint of Guinness. Visiting the Guinness Storehouse is therefore also a must on your to do list. Since 1759, Guinness beer has been brewed in the St. James’s Gate Brewery, found by Arthur Guinness. In the storehouse there are seven floors filled with interactive experiences, and at the end of the tour, of course, you get to taste the famous Guinness in the Gravity Bar. If you’re a bigger fan of Guinness’ red ale cousin Smitwick’s (also known as Kilkenny red ale), you could take a day trip from Dublin to Kilkenny to visit the Smithwick’s Experience.

Dublin castle is the heart of historic Dublin. The castle was originally built in the 8th century but is rebuilt many times after this date. The castle has different functions. Until 1922, Dublin castle was the home of the UK government’s administration in Ireland. Today it is used for important State receptions and Presidential Inaugurations and it has turned into a key attraction for tourists. The castle is open for visitors from Monday to Sunday.

Kilmainham Goal was opened in 1796, functioning as a prison. Today the building is the symbolise of the tradition of militant and constitutional nationalism from the rebellion to the Irish Civil War. Thousands of ordinary children, men and women were held in the prison, but also famous political and military leaders such as Robert Emmer, Charles Stewart Parnell, and Eamon de Valera. In 1924 it closed its doors, and nowadays it is a museum.

Dublin’s oldest building is Christ Church Cathedral. Nowadays it’s a popular tourist attraction. Step into the spiritual heart of Dublin and discover the history of the cathedral. Explore the crypt, experience even song, follow in the footsteps of pilgrim, and visit “the Cat & the Rat”.

The St. Patrick’s Cathedral was founded in 1191, and now functions as the national cathedral of the church of Ireland. With its 43-metre spire, the cathedral is the tallest church in Ireland and also the largest. The cathedral nowadays is a popular tourist attraction.

The National Gallery of Ireland is centrally located in Georgian Dublin where it houses art of Irish and other European artists. The collection contains over 500 paintings and approximately 10,000 other works. The gallery was founded in 1854 and opened its doors ten years later. The historic wings have recently been refurbished and reopened to the public.

The final week of ‘Copying the Masters’ in the Grand Gallery today. It’s the revival of an old Gallery tradition of copying part, or all, of a painting as a way of learning about past artists, and we were so pleased to have 16 students from @ncad_dublin and their tutor working with us on a project to revive this practice over the past four weeks. Well done to all involved! ?? (More in today’s Instagram Story) #nationalgalleryirl #ngieducation

A post shared by National Gallery of Ireland (@nationalgalleryofireland) on Apr 12, 2018 at 8:45am PDT

The Phoenix Park is the largest enclosed public park in Europe and contains a number of stately homes, including the official residency of the President of Ireland and the residency of the US Ambassador. The park is also the home many deer’s. Other animals can also be found in the park, but then in Dublin Zoo. Phoenix Park is the perfect place to spend a spring afternoon.

After reading this blog, you should have enough to do on your visit to Dublin. If you would like to stay in a centrally located hotel, The Davenport Hotel Dublin is only a stroll away of many of these attractions.