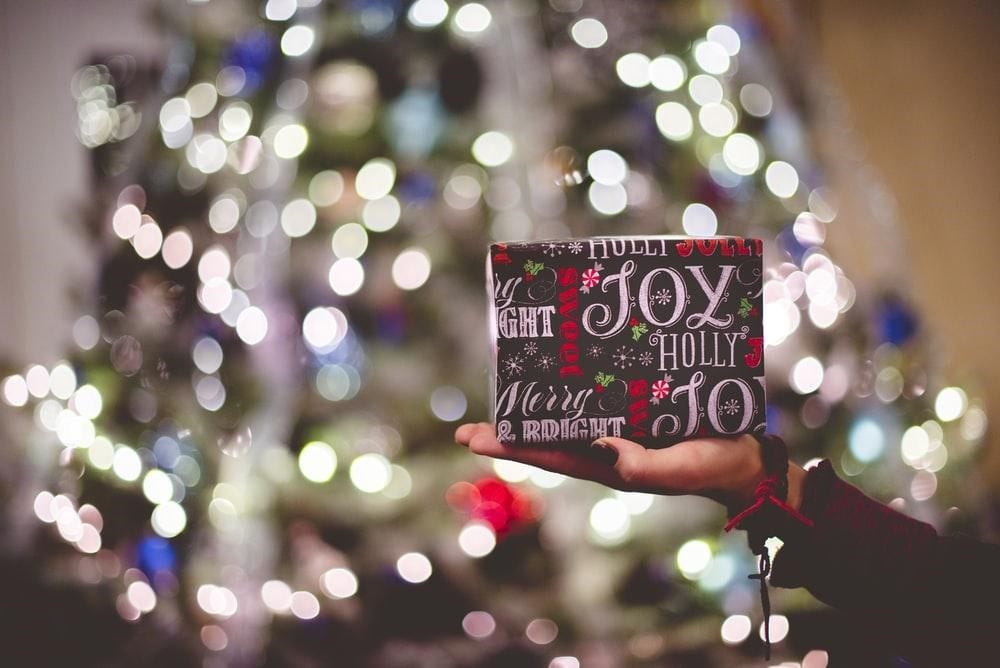 Christmas is a very special time of the year for everyone. It is the occasion to gather around a lovely meal and share with your loved ones the stories of the past year. Celebrated all over the world, Ireland has its unique traditions during the festive period. We gathered for you a list of the most famous ancient but as well as modern Irish traditions. 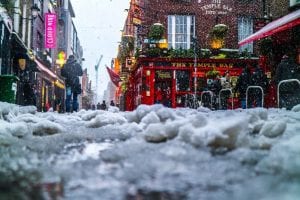 A candle at the window

A single candle was originally placed on the window still to welcome Joseph and Mary on Christmas Eve. Dating back to ancient times, the Irish tradition has evolved and been passed down through generations. Over the years, its meaning diversified. Some say it lights the way home to family and friends on a journey or to honour the memories of the departed.

Dating back to the druid era, Holly is one of the most famous Irish traditions. ‘Cuileann’ in Gaeilge, the holly was vastly used to decorate houses at Christmas time until the apparition of Christmas trees. Nowadays, holly is commonly hung on doors. Rumours says that the more berries on your holly, the better luck you will have in the New Year; so make sure to count them carefully!

Ongoing tradition in Ireland for more than four decades now, the Christmas Swim will give you chill… Literally! Every year on Christmas morning people gather in Sandycove in South Dublin and dive into the Irish Sea. Dublin is not the only location where you’ll be able to jump in the freezing sea. Kerry, Galway, Wexford also organised Christmas swims every year. Make sure to bring your towel!

Irish Christmas cake, my favourite dessert. Made with love with mum, being enjoyed this afternoon with my Christmas lunch in San José 😋👅🎄

Christmas would not be complete without Christmas carols. One of the country’s oldest carol, the Wexford Carol dates back to the 12th century. Also known as the Enniscorthy Carol, the Wexford carol is often recognized by its very first line, “Good people, all this Christmas time.” 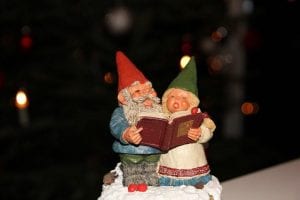 Originally a day to commemorate the first Christian martyr St Stephen, it is now a bank holiday across the Republic of Ireland. Also known as Boxing Day, St. Stephen’s Green day is the occasion for people to dress up in old clothes with straw hats as they dance, sing and play music. 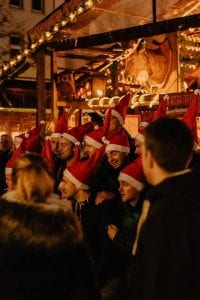 Leaving Guinness out for Santa

While our fellow American friends like to leave cookies and milk out for dear Santa, the Irish prefer to give him the famous (and extremely tasty) Guinness. On Christmas Eve, Irish families make sure Santa is never thirsty during his trip by leaving him a fresh Guinness by the Christmas tree!

The Twelve Pubs of Christmas

Developed in the past decade, the twelve pubs of Christmas consist of a visit to 12 different bars during a night out. Whether you are going out with friends or close family, the 12 pub Christmas tour is highly recommended. Dress code: Christmas hat and jumpers!

Ireland is a beautiful country to spend Christmas in. From cooking traditions to ancient traditions, you are assured to spend a lively and magical Christmas in Ireland. If you are thinking about travelling to Dublin at Christmas time, make sure to read our blog post about the coolest shops in Dublin to find the best Christmas gifts.